What are the symptoms of a bad engine control module? 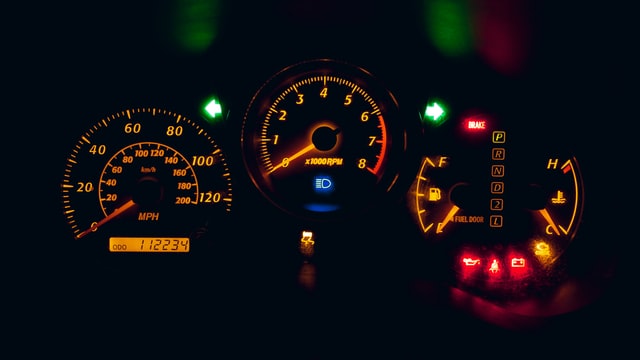 In order to ensure that your car is functioning properly and to its fullest potential, there are a lot of different key elements to keep track of and monitor. One of the most essential parts of modern automobiles is the ECM in the car. It’s responsible for a range of different things and the lack of car ECM repair when necessary could lead to a variety of unpleasant surprises.

In this article, we’ll explore the meaning of ECM and share everything you need to know about the symptoms of ECM failure.

What is an ECM on a car?

An ECM is an Engine Control Module, which can also be seen as ECU or Engine Control Unit. Its main responsibility is to make sure that your automobile functions to its fullest potential, with maximum performance levels. It does so by keeping track of or reading all of the sensors in the engine bay. This allows the ECM to stay in control of the car’s air-fuel mixture and also control its emission control systems.

Before the creation of ECMs, things like ignition timing, air-fuel mixture, and idle speed were mechanically adjusted and dynamically managed using mechanical and pneumatic methods. Today, thanks to ECMs, ongoing adjustments are made to the engine. In addition, the engine control module is useful as it provides data to the PCM and the TCM, which are responsible for managing the automobile’s shifting, anti-lock brakes, and traction control systems.

In summary, some of the important things that your car’s ECM regulates include:

These are only a few examples of the key elements that the ECM controls in your automobile. It manages a range of other systems apart from these key tasks. It’s often described as the brain of the car. Most of the elements in newer and more modern cars go through the ECM in order to be able to work.

Now that you know the answer to the question of what is an ECM on a car, let’s move on to see how you can detect that.

What are the symptoms of a bad engine control module?

There are several symptoms that can be seen as red signs for a bad engine control module.

If you notice engine stalling or misfiring even once, it’s best to have the car inspected.

Inability to start the vehicle

If the problem with the ECM is significant, the automobile may not even be able to start at all. A complete ECM failure means no engine management for the vehicle. As a result, the car is not able to start as it’s missing core inputs from the computer.

Problems like this may not always be attributed to the ECM. The issue may be something completely different but it’s worth having the ECM in mind and inspecting it with a professional.

One of the certain signs of a poorly functioning engine control module is bad engine performance. You’ll notice that it will begin to have bad timing and it won’t be able to receive as much power from the combustion process as initially. Generally, a poor ECM function could not only lead to lower fuel efficiency but also a reduction in power and acceleration.

When the ECM is not working properly, the engine doesn’t receive any information about how much fuel to burn in the combustion process. In most cases of poor ECM functioning, the car uses up more fuel than necessary. As a result, you’ll notice that you’ll be spending more on gas than normal.

If the Check Engine Light turns on, there’s a risk that there’s an issue with the ECM. The light usually comes on once there is an issue detected with sensors or circuits in the vehicle. However, sometimes the ECM turns on the light by mistake, even when there are no issues. In this case, it’s best to have the car inspected by a mechanic to discover any trouble codes.

As a result of a poor fuel-to-air ratio, the car can start shutting off by itself. When the automobile is idling, the engine is operating slowly and doesn’t have the necessary momentum to keep operating in case of problems.

The ECM in your vehicle is essential for the proper performance of the car. Even small issues may lead to big problems if not detected on time. Has your vehicle been inspected by a professional technician, who can determine the state of the ECM and make professional suggestions or repairs?

Have a question? Call Now